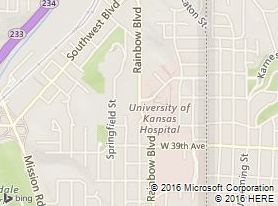 Many people are surprised to learn that Rainbow Boulevard, a main roadway running north-south in Rosedale of southeastern Wyandotte County, was named after the 42nd Infantry Division of the United States Army National Guard, also known as the Rainbow Division. This 42nd Division was given the name Rainbow because unlike other divisions at the time, it stretched over the whole country like a rainbow, drawing from 26 states and the District of Columbia. For the 42nd Division, the rainbow symbolized a sense of unity and common purpose.

Initially the 42nd Division adopted a half arc rainbow shoulder patch. During the latter part of WWI, Rainbow Division soldiers modified the patch. It was reduced to a quarter arc as a way to memorialize the over half of the division’s soldiers who died during the war. (If you visit the WWI Museum in Kansas City, you will see this shoulder patch of a quarter-arched Rainbow displayed.) 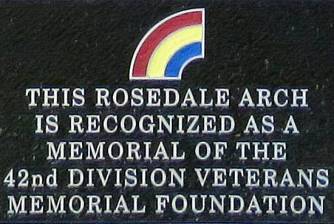 This history is significant to Rainbow Mennonite Church in Kansas City because in 1957, the church met in a building on Rainbow Boulevard. (Now we worship on Southwest Boulevard.) Recently I asked retired Mennonite Pastor Stan Bohn whether the Mennonite congregation knew that Rainbow Boulevard was named after a military division. The answer was yes. “The sense of our discussion,” Stan said, “was that it would be good to transition that military name to the name of a peace church.”

“I remember liking the irony,” he added.

Rainbow Mennonite, like a lot of Mennonite churches, includes veterans, conscientious objectors, and people who are active in the armed forces. Together, many of us feel ambivalent about war and about what makes for true and lasting peace. I often tell those who are interested in joining Rainbow that I’m proud to belong to a church where I hear people regularly asking, discussing, and arguing over what makes for true and lasting peace. I’m proud to be part of a faith tradition that continues to ask: Are there ways to wage peace, courageously and sacrificially, without taking up arms? And can speaking out against excessive use of force and violence be considered an act of patriotism? And finally, can we speak out against war and violence of all kinds without ostracizing or unfairly shaming veterans or those in active duty?

On a day like today, I worry that we in the peace or pacifist faith traditions too often settle into our safe, like-minded huddles and as a result, we can lose touch or lose connection with those who, for whatever reason, serve in the military or armed forces. And I worry that on days like this, Mennonites often decry proud displays of patriotism, and in so doing, lose out on opportunities to hear veterans tell their stories not only of triumph, but of anguish and trauma.

During the lunch hour today I drove to the Rosedale Arch, another nearby WWI memorial. I thought of our Rainbow veterans (current and past), family members who have served in the armed forces, and those contemplating serving now. “If only we knew the things that make for true peace,” said Jesus long ago. If only…

I want to believe, as Stan believed decades ago, that we can transition together toward greater peace and understanding, and that in so doing, we need not become separatists. Rather, we can find our place on the Boulevard, pursuing peace in our cities and world as best we can, shoulder to shoulder with people of different backgrounds and values.

In closing, here is a plug for an event happening at the National WWI Museum less than a year from now (October 19-22, 2017): Remembering Muted Voices: Conscience, Dissent, Resistance, and Civil Liberties in World War 1 Through Today. Click here for more information about this event: remembering-muted-voices2mv2171